Long Over Due update

I am still alive and I know I said I was going to post more regularly and that is just bad form on my part to be honest. But I was holding off posting anything because I really wanted my next update to show off something but it's taking far to long for that so instead I thought I show you some minor project I'm working on.

Animating in After Effects
So I wanted to try something different from traditional animation and I decided to play around with a rigging like system and I thought I'd use After-effects because I already have experience with the software.
Using my one my old character I updated the design and did a simple looping animation,
(On the left is the old character design and on the right is new one which I'm currently on test 3.) 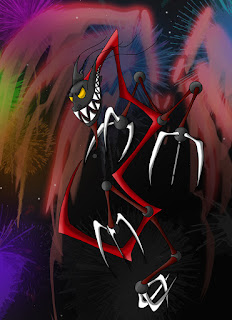 The second idea I'm working on is four characters having a poker game. Using an audio clip from an episode of Batman the animated series I've designed 3 characters and redesigned one of my friends characters to play seen somewhat differently to what the episode did. 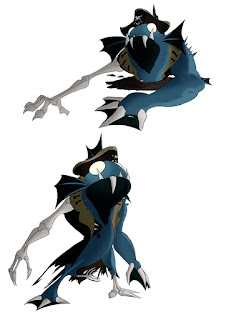 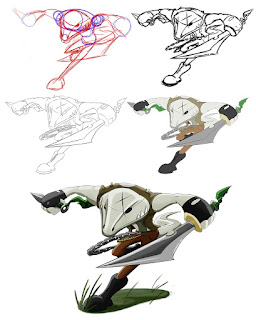 Lastly I was going to do a Star Wars inspired action scene but from taking so long to getting the LAVs and loss of interest I just decided to drop the idea.
But below are some of the final concepts for the characters and a ruffed out beginning of the animation which is really only an hour or two work. 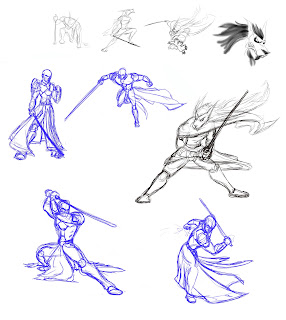 So about the long delay, with the Christmas Holiday, work and me getting distracted by a number game releases I haven't had a lot of time in getting this project moving. But at long last I got the first draft of the animatic done.

Before I can move forward to the next phase there is a lot of re-work that has be done in the animatic stage, a lot of scene's either don't work and need to be redone or the key frames don't look right. There's also a number of problems with the voices in that they don't match the scene, are quiet or they're not emoting that well (and a number background noises during recording).

There also a few other nit picks also, but by the second animatic all the problems and errors will be fixed. But for now I hope you enjoy this first ruff draft.

For the Christmas holidays I thought I'd create a simple animation to get in spirit of the season
So Happy Holidays and hopefully I'll finish my ruff animatic soon.

Earlier on today I had an email which got me thinking that I haven't done life drawing in a very long time.
I know that it is very important for an animator (or any kind of artist) to draw from life on a somewhat regular basis. So today I spent a good hour or two doing some life drawing and below are a collection of what I think was today's best drawings. 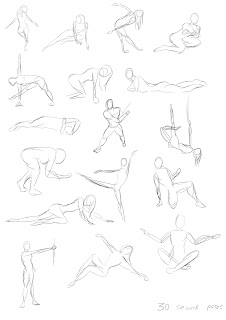 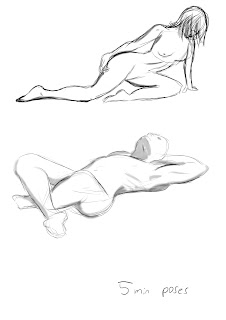